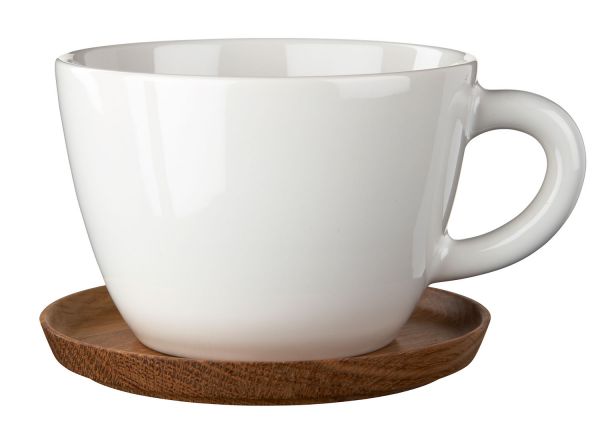 From €19.50 * incl. VAT plus shipping costs
Delivery time? Please select a variant first!
Shop safely Free shipping from €49.00 (DE) Discount with prepayment 30 days return policy
Description Evaluations (0) Shipping Return Payment methods
Description
The Swedish brand Rörstrand is one of the oldest tableware brands in Europe. Work began in the factory as early as 1726 , and, over the centuries, it became one of the largest tableware factories in the world. Influenced by... more
Close menu

Note: Vitreous china is a very sturdy stoneware, which is more resistant to breakage than porcelain.
Properties: ovenproof, microwaveable, freezer safe
Delivery includes awooden coaster / you can use the coaster also as a lid for keeping warm
Scandinavia tip: Höganäs ceramics is a must have for every fan of Sweden, especially the tea and coffee mug.

NOTE: We will no longer be supplied by the Fiskars Group for conceptual reasons from 01.01.2021. Brands affected are: Iittala, Royal Copenhagen, Arabia, Rörstrand, Hackman, Höganäs Keramik and Fiskars. In future, the group will have the focus on physical shops.

NOTE: According to DHL, due to the current situation around Covid-19, there may be delays in parcel delivery.

Please send returns from abroad at your own expense to:
scandinavian-lifestyle
- Return -
Bochumer Str. 96
46282 Dorsten
Germany

Criteo Retargeting:
The cookie is used to enable personalized ads on third-party websites on the basis of viewed pages and products.
Doofinder:
The cookie is used to track user interactions with the site search. The data can be used to optimize the search function.
We use cookies on our website. Some cookies are essential, while others help us improve this site and your experience.
Imprint    Privacy